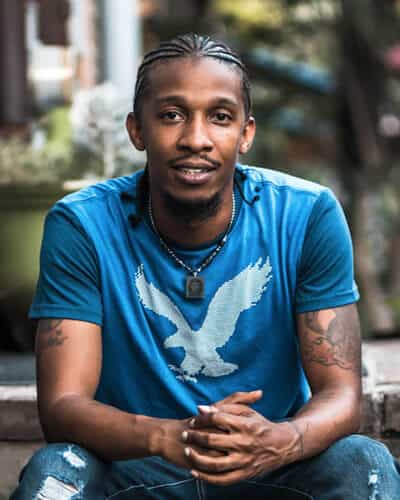 Troy Washington was born in Dallas, Texas and raised in Fort Worth. He has dedicated himself to helping children grow and develop and it’s his way of paying it forward and giving back what was given to him. He created a record label at the age 21 with the vision and hope that it would provide a constructive outlet at a time when his neighborhood was tainted by gangs and drugs. He wanted kids to have an alternative as opposed to being victims of what at the time, appeared to be a road to nowhere. He has a son Troy Washington, II that is the joy of his life and the driving force in his desire to make a positive impact in the world. Troy has serviced the Mansfield area children for years as a coach in basketball, soccer, and baseball.

Jelani Clay was born and raised in Chicago, Illinois. He has over 15 years of music production and songwriting experience winning various awards and competitions for his work. Jelani is also scholastically developed in that he was high school valedictorian, graduated college with honors, and worked many years with NASA as a rocket scientist with an emphasis on computer programming. Jelani's naturally ability to be silly allows him to tap into his inner child when needed to better resonate with young, developing minds as demonstrated on songs like Monkey Business and Introduce You To Some Colors. He also makes music under the name JClay to help people heal.

Meet the wonderful individuals that serve the communities and keep Every Child Wins running smoothly.

Director of Finance and Accounting

Why "Every Child Wins" Was Created

Every Child Wins is a children’s education entertainment duo founded in 2015 out of a necessity to simultaneously entertain and educate children everywhere. With the birth of his son, Troy Washington often meditated on ways to equip his son with the tools necessary to thrive. He broke it down into 3 categories: education, problem-solving, and confidence. Thus began his quest to find tools that embodied these core values. After 2 years of spending hundreds of dollars on products that had more bark than bite, Troy took matters into his own hands. Being a gifted producer and songwriter, he understood firsthand the power songs had in influencing and expanding minds. Since no one ever forgets lyrics to their favorite songs, music is unarguably one the most powerful educational tools available.

It was then that Troy reached out to his longtime collaborator and friend Jelani Clay, who was quick to get on board with their educational endeavor, giving birth to the duo Every Child Wins. Using his own son as the first official test subject, Troy proved that Every Child Wins had successfully created the formula for quick and effective learning. As Jelani states, “Many children’s songs miss the mark. They either focus on entertainment or education, but never both. This leads to annoyed parents and bored children.”

The duo released their debut album Every Kid’s A Genius: Lesson 1 in 2015, filled with fun, and easy-to-learn songs. They went on to win the Excellence in Children’s Music Award by the Songwriters Association of Washington that same year and have since performed for United Way, National Association for the Education of Young Children, the City of Arlington, Childcare Network, Dallas Zoo and many more.

Once exposed to Every Child Wins, parents witnessed the positive changes in their child’s abilities along with a greater demand to hear more. As Troy puts it, “It’s like a kid saying ‘No mommy, I don’t want any candy. I want more vegetables.'”

Every Child Wins is not just a music company, it’s an educational company with a focus on helping to build a confident, educated, problem-solving young generation where every child wins. They will soon be releasing their follow up album Every Kid’s A Genius: Lesson 2.

For the parents, Elevates Mood While Driving